This is one of the famous flowering trees in India. This tree is regarded as the tree of love. From February to May, the bright yellow flowers changes to tones of orange and finally it turns into crimson before it dropping away. The flowers of this tree are very beautiful and very much perfumed. Its components are steroid component and calcium salt. The bark of Saraca indica contains the estrogenic compound ketosterol, used in bleeding purposes and its leaves are beneficial too and are used in hemorrhage, dysentry and other other purposes. 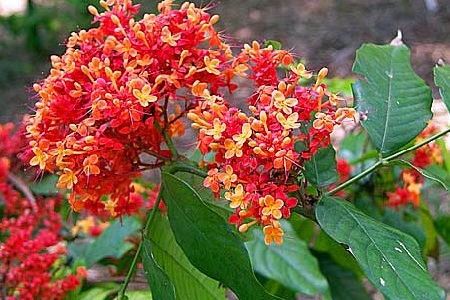 This beautiful queen is also considered as one of the famous flowering trees in India. This is also commonly called Crepe Myrtle. This tree is large in size and around 12 meters in height. This is one of the most stunning flowering trees in the world. Flower colors range from white to deep rose and magenta. It attracts  number of butterflies and birds. This tree is also medicinally beneficial and famous in Ayurvedic medicine. It is used to cure uninary infections, blood pressure, for the protection of liver, weight lose and also to check diabetic problems. 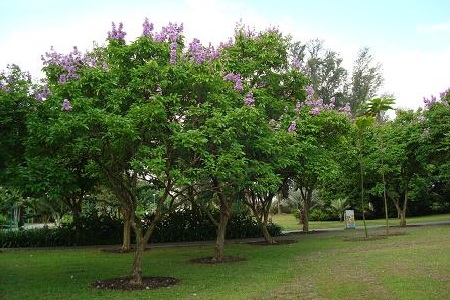 This tree is famous in India and it’s used in landscaping. It is also named as the frangipani or “crimson temple tree”. There are two species of crimson tree  the red plumeria and the white plumeria. The leaves of this tree are thick which carries fragnant flowers. These trees are often planted in gardens and are famous in India. 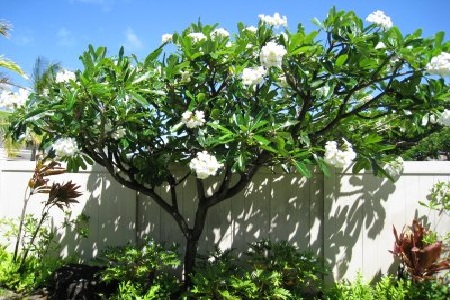 This is also famous tree in India and is also named as “crape myrtle”. Crap myrtle is the smaller version of Queen crape myrtle. These two trees have difference in their appearance such as in their size of flowers. This tree gives different colors of flowers like white and many shades of pink, purple, red and lavender. This tree also has some medicinal uses such as its roots are astringnent and used as gargle, its bark is used for the purpose of fever. 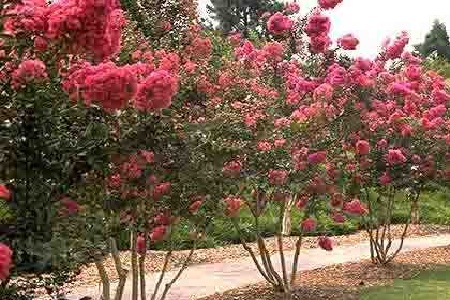 This tree is also famous in India. It sheds its leaves when in bloom. There are several species of Mandara like Erythrina suberosa which is seen in drier areas, Erythrina crista seen in gardens and parks and also used in landscaping. The fruit of this tree remain throughout the year and the bright red flowers are so beautiful that it attract a huge number of birds. 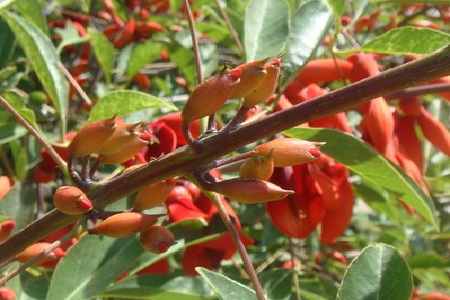 This tree is famous all over India. It is a fast growing species and looks stunning when blooms. The leaves of this tree are beautiful and look very awesome. The flat, foot long husk of this tree are very characteristic and persist. Its flowers blooms in summer and is a beautiful place for the birds in summer. 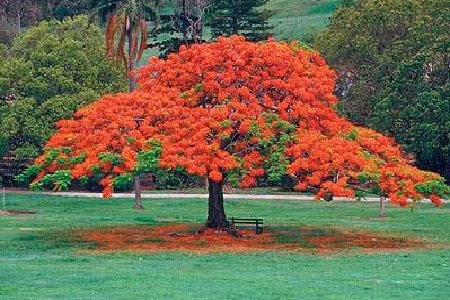 This tree is famous in India. Its flowering season is from February to March. The woods of tree are used to make agricultural implements and are also beneficial for medicinal purpose. The pulp of fruit of this tree is used to cure leprosy, heart diseases and abdominal pain and also used as common laxative. 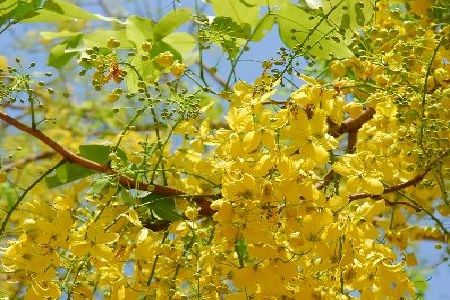 This blooms particularly in Western Ghats region and Central India. It is a beautiful place for the birds as it blooms beautiful f lowers. It sheds its leaves like many other trees before blossoming its beautiful orange flowers. The flowers of this tree looks like parrot peaks so it is also named as “parrot tree.” 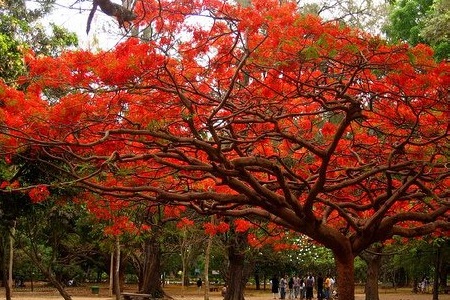 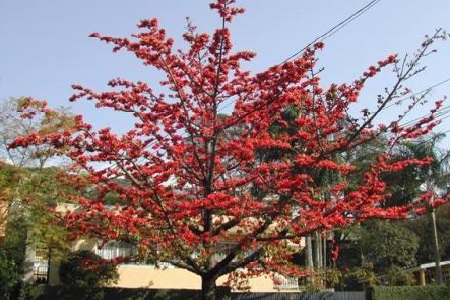 This is one of the famous flowering trees in India. It loses its leaves in the winter month. It is also called as orchid tree as it displays its orchid like blossom. The flowers of this tree are very beautiful and it serves different species. These flowers are large in size and are very famous all over India. 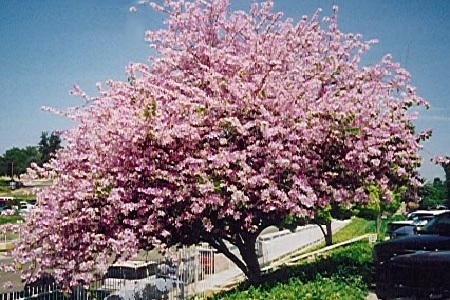