Indian Television in Serials has great business because every house wife spend half a day with watching serial. It generally deals with stock characters and most of the serial are dealing with family politics and domestic affairs. Ekta Kapoor is one of Legend in Hindi Flim Industry. This waves of serials and massive out looks which creates engrossed the public to no length. As of 2014, according to ratings in India star plus is the well known channel in India and ranked first in Diya Aur Baati Hum. Following are the list of Top Hindi Serials in India for the year 2014. 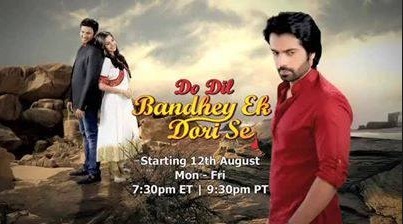 It is a specific mode of drama serial which was started in the year 2012 on August 12. It airs on Zee TV from Monday to Friday at night timings. The story of serial runs with Young woman Shivani and her grandfather named Daaju who takes care of her. Daaju plans the marriage of shivani with a guy Abhimanyu, but Shivani loves other guy , the story runs between 2 guys and 1 girl with ups and downs in life. Finally, the story realizes life is not so easy as of before and after marriage . The story goes on from there and Rajesh Babbar is the director of the serial.

The main story of serial is about the Muslim Community which shown their traditions, culture and their customs. The show was started in the year 2012 on oct 29 under the production of 4 lions Flims. Zoya and Asad are the two main characters of the serial and has won million of viewers hearts is”Qubool Hai” It shows about the past of two main characters and their families. The show is being aired on Zee Tv and the story been located in Bhopal, Powai, Hiranandani , MP, India. 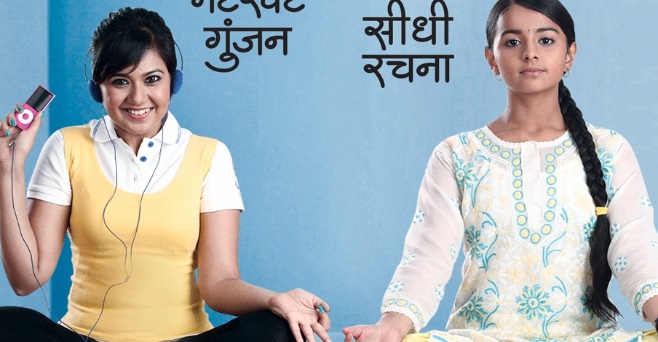 Another very famous soap is Sapne Suhane Ladakpan. This show being aired on Zee TV and also with name of ‘Kaatrukkenna Veli’ on  Zee Tamil.  The show runs approx. 22 mintues a day from monday to Friday.  The main story of the serial is about the two teen aged girls who had become best friends each other which lives with a different life style.  One is very modern and other come from the village lives , the serial of story runs on the problems of Family, love and college. As of 2013, the show completes 400 episodes on November 22. 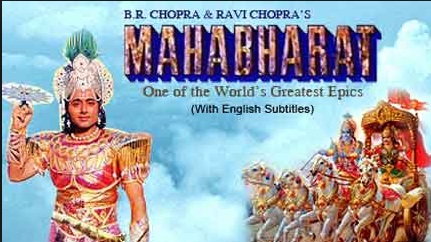 It is TV show based on Indian History which is one of the best epics of ancient India. There are many other shown in India which telecast the story of Mahabharat but in star plus channel shows clarity of Picturization. “ Bhagwad Geeta” is the holy book of Hindus is about the story of Mahabharata. All the characters of this serial are taken place in the history which has played a major role in serial .The story has about 1.8 million words in Mahabharata which contains 100,000 shloka and has more than 200,000 individual verse lines. 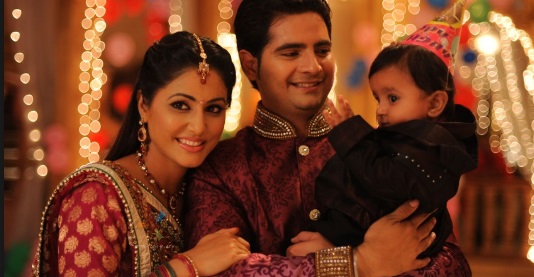 This is television serial aired on Star Plus, This is a very famous Indian Soap Opera and is telecasted on 6 days in a week from the last few days. This serial is well known and also appeared on Star Vijay which has dubbed into Tamil and Telecast as Uravugal Thodarkathai. The story of based on daily happening, culture and customs of two families of Rajasthan. The story of the serial shows with the two people fall in lover after marriage and how they lead their life each other in all problems and situations. 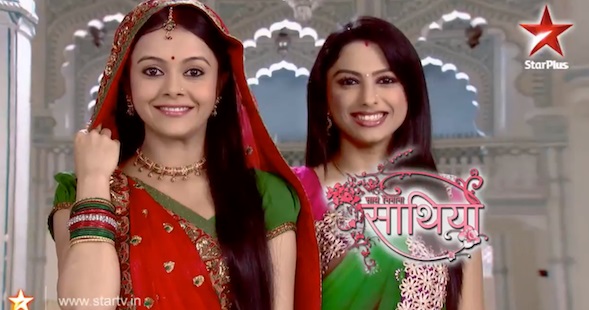 This is an Indian Hindi serial which was started in the year 2010. It telecast on the channels of star plus, star Utsav, Maa Tv, the story is based on the lives of two female cousins who completely opposite from each other. These two girls got marriage from the house of Modi family. This serial runs appromately 21 minutes from monday to Saturday. In recent year , it also dubbed in Telugu which views on MAA TV which airs under the name of Kodala Kodala Koduku Pellamaa. This serial has been directed ny Pawan Kumar and written by three Ved Raj.

Pyaat Ka Dard Hai Meetha Meetha Pyaara Pyaara is formerly known as Pyar Ka Dard Hai is a serial drama on television, the story which deals with lives of multiple characters. From the year 2012, June 18 the story started which airs on Star Plus. It is produced by Rajshri Production which is very famous production house in TV as well as Bollywood. The story of show is about an arrange marriage of Modern Guy with a very simple Indian Girl. The story represents how they both adjust with each other’s families. According to Trp rating it has placed as top 4 having the production location in Mumbai, Kullu and Manali . In the recent year 2013, it also being aired In Pakistan on Urdu 1 channel. 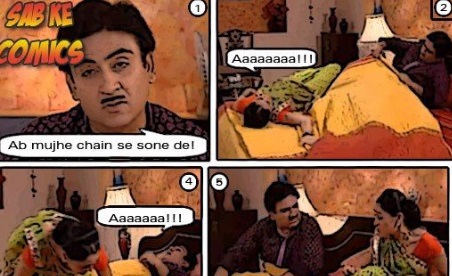 This is an Indian hindi Situation comedy show which was started in the year on July28, 2008 in Sab TV channel. Harshad Joshi and Malav Raida are the director of the serial produced by Ast Kumar Modi and Neela Asit Kumar Modi. The main concept of story is the people come from different back grounds and different cultures which includes cast like Kutchi Gujarat Jain Family, Bihari Family, Marathi Family, Gujarati Hindu Family etc. serials shoe the people live together, celebrate every festival, help each other and adjust with other. Approximately the show runs 20 minutes having the location in London, Mumbai, Gujarat, Mumbai, Paris, Brussels and Paris. It has completed 1342 episodes as on 2014.

This is a serial released in the year 2008 in Zee TV, the story based on Indian history over the 100 years historical times. This shows relevance to the history of Mughal King Akbar, and about the princess ‘Jadha Bai’ their love story. The main role and challenge of the serial is to win the love of Jodhaa. The serial shows the ups and downs from the complete different backgrounds and Jodha is a Hindu Rajput, Akbar from Muslim region. The story shows how they fall in love and manage their lives with each other. This show is most popular shown on the television channel and won many awards which includes Audience Award for Best Foreign Language Film, Star Screen Award, Film fare Award and 3rd Asian Film Awards. Ekta Kapoor produced this show under her production house Balaji Telefilms.

It is one of the famous TV serial and most watched show through the country. The serial was started in the year 2011 on 29 August. It is screened on channel of Star Plus which is well known in India and Placed the Top 1 according to TRP ratings having the highest number of people with 243 GRP. This serial is officially released in Hindi named ‘Diya Aaur Baati Hum’. “The main concept of story runs between Sandhya , Suraj Rathi and Sooraj Aarun Rati . Suraj weds Sandhya as arrange marriage, Her husband suraj is a cook and owns a sweet shop but is not as educated as Sandhays. she had some goals in life, who aspires to become an IPS offices . This serial is about the obstacles that come in the path of the couple in their relationship and dreams as well. This shown as won many awards and actor of the show are widely followed and has duded in Tamil , Malayalam and many other languages.