Windows is the latest operating system used in mobile phones which is developed by Microsoft. It is the India’s second largest platform of smart phones where Android stands first in ruling the mobile market. It comes with the features similar to the desktop like multi tasking, internet connection sharing and it help in easy access of the social networking sites like Facebook, Twitter along with easy mailing from Yahoo, Gmail and hot mail accounts. The latest version is windows 8 which offer new live tile appearance which attracts many people. It includes many other features like text input by on screen virtual keyboard, threads messaging, internet explorer browser, Xbox Music, Xbox Videos, Xbox Video Store, Games Hub, Bing Search Engine, Bing Maps, Voice recognition function, turn-by-turn navigation and many more.

Most of the Windows phones are launched by Nokia in the name of Lumia series along with HTC, black berry, LG, Dell, Samsung etc. Following are the list of Best Windows Phones In India.

Following are the list of Top Windows Mobile Phones in India with android features. 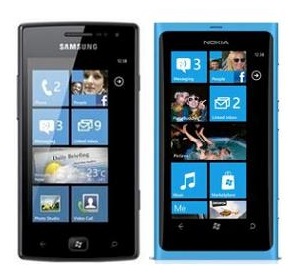 It is one of the leading windows mobile offered by the Samsung Company. It is powered by windows 8 OS which include 1.4 GHz single core processor with 512 MB RAM and 8 GB of internal memory which is less when compared to other devices but it can handle apps and helps in storing the images, videos etc. It comes with 5MP front camera with LED flash, Geo tagging, image stabilization along with 0.3 MP font camera which helps in video calling. 1500mAh Li-on battery helps in offering powerful performance of the device and includes other features like multi touch, micro sim, Bluetooth, Wi-Fi, sensors, voice memo, predictive text input, Organizer etc. 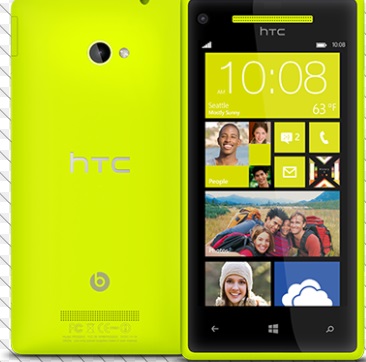 It is one of the top windows 8 OS phone which compete with the Nokia Lumia series. It comes with 8MP rear camera with f/2.0 aperture which offers high quality pictures and 2.1 MP front camera which offers best video calling experience. It is powered by 1.5 GHz dual core processor with 1GB RAM and 16 GB internal memory which helps to store the data and download applications for the device. It comes with unibody polycarbonate design with fantastic contacts integration. The main drawback of this device is it doesn’t offer expandable memory and no removable battery. Other features like Bluetooth, WI-Fi, multi touch, G-sensors, ambient light sensors are included in this device. 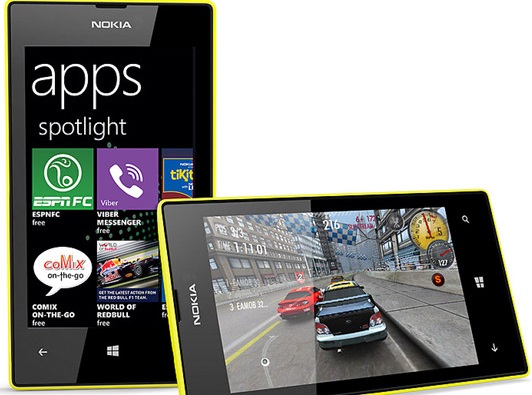 It is one of the most awaited phones which include better features when compared to Nokia Lumia 520. It is loaded with attractive apps and features like multi tasking which is the best advantage of windows phone. It comes with 4 inch LCD display with 5MP primary camera along with high quality display. Windows 8 is the operating system which offers 1.0 GHZ Qualcomm Snapdragon S4 dual core processor which provides smooth processing experience. 1430mAh Li-on battery is powerful enough to run all the apps and activities for a long period of time. It includes other connectivity options like Bluetooth, micro USB, GPRS, GPS, Wi-Fi and 3G. It offers 1 GB RAM internal memory which stands as advantage when compared to Lumia 520 series. 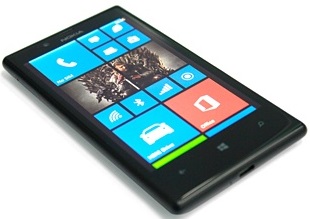 It offers great features such as windows 8 OS with mid ranging price. It competes with the HTC Windows Phone 8S and comes with the 4G LTE, 3G, WI-Fi, Wi-Fi hotspot, Bluetooth, USB features. It is powered by 1GHz Dual-Core Krait, Snapdragon S4 processor with 512MB RAM. It offers 6.7 MP rear camera with  Carl Zeiss Tessar lens equipped with LED Flash which offers great picture quality and it also include Geo-tagging, Face detection, Smile detection, BSI sensor, ISO Control, Exposure compensation, Touch to Focus and Panorama features. It also include 1.3MP front camera which helps in making video calls. It houses 8GB of internal memory which may be further expanded up to 64GB with micro SD card.  It includes 2,000 mAH powerful battery which helps to run all the tasks and apps. 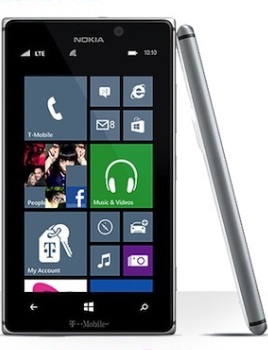 It is one of the top rated windows mobile with excellent features at good price. It comes with 4.5 inch AMLOLED display with good resolution capacity and it is protected with the Corning Gorilla Glass. It runs with Windows 8 operating system which has been powered by 1.5GHz Dual Core Qualcomm Snapdragon Processor and include 1 GB RAM which helps in storing images and videos along with some apps. It has 16 GB internal memory which helps to install apps and games. It features 8.7 Mp primary camera along with dual LED flash, Face Detection, Autofocus, Geo tagging, back illuminated sensors, optical and Digital image stabilization along with 1.2 MP of front camera.  It include connectivity options like 3G, Wi-Fi, Mobile Hotspot, GPS, USB, GPRS, Bluetooth along with 2000mAh battery which is powerful enough to run all tasks and apps.