Beverages are the one of the best products offered by the food processing companies in India. Coca cola, Pepsi, and Nestle are the leading beverage brands that have been ruling the Indian beverage market since past few decades. Most of the beverage companies are the international companies that hold many manufacturing units in India and businesses its products to various parts of the world. Among all beverages tea and coffee are the domestic products that are heavily sold in the Indian market as well as exported to other countries which contribute a major part to the Indian economy.

Following are the list of Top Beverage Companies that manufacture the best products which are top rated with respect to marketing their products.

5. Nestle: It is one of the leading beverage company in India that is involved in the manufacturing of high quality of Hot and cold water soluble black and Green tea powders. Nestle India is a subsidiary of Nestle Switzerland  and produces wide range of products like infant foods, beverages, milk products, prepared dishes & cooking aids, and chocolates and confectionery. It holds many manufacturing units across the world and even operates exports from India. Nescafe Ice café is a delicious creamy cold coffee offered by the company. Instant tea, pure instant coffee, coffee blends, tea bags, vending mixes, Nestle slim milk, Nestea are some of the popular products offered by the company. 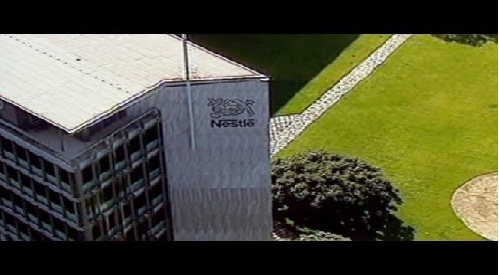 4. Ace continental: It was established in the year 1992 and it is the leading manufacturer of beverages in India. It holds many branch offices across the world and operates wide range of manufacturing operations. Even Ace has ventured into promoting its own brand AMBARI larger. It holds trained professional who have made sustained effort to offer the best quality products. In order to maintain sustainability company implement the new ways of marketing and promoting the business. It is involved in oversees market acting as consultants and identifying the suitable markets primarily in Europe for various breweries in India.

3. Tata tea: It is the second largest manufacturer of tea in India. It produces 30 million kg of black tea annually and exports globally. It holds its presence in more than 40 countries across the world and owns 27 tea estates in the Indian states of Assam, West Bengal and Kerala. Tata tea manufacturing units are Tata Tea are ISO 14001 certified for environment management systems and it is regarded as a “super brand” in India. It holds many subsidiaries in USA and UK and has wide network of distributors of 38 C&F agents and 2500 stockiest catering around 1.7 million retail outlets spread across India. Tata tea plantation facilities are even carried out in Srilanka. It is the leading manufacturer of tea and tea products and owns 5 major brands in India that include Tata Tea, Tetley, Kanan Devan, Chakra Gold, Gemini. 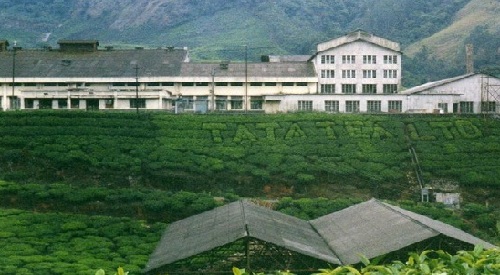 2. Coca-Cola Company: It is an American multinational beverage company that offers 500 brands in over 200 countries in the world. It was established in the year 1886 and is the leader of all the beverages globally.  Coca-cola has ranked number 1 brand as per The Economic Times’ Report 2011 across the world. It holds many manufacturing units across different parts of the world and Coca-Cola India were certified for ISO 14001 and eight units were to be certified for OHSAS 18001 standards. It offers best products like COCA-COLA, Thums up, Limca, Fanta, Maaza, Sprite and Kinley. Company cares about the environment and offers best eco friendly products and includes proper effluent treatment units in all manufacturing sites. The Coca-Cola Company has also introduced other cola drinks under the brand name ‘Coke’. Most common of these are Diet Coke, Caffeine-Free Coca-Cola, Diet Coke Caffeine-Free, Coca-Cola Cherry, Coca-Cola Zero, Coca-Cola Vanilla, and special versions with lemon, lime or coffee 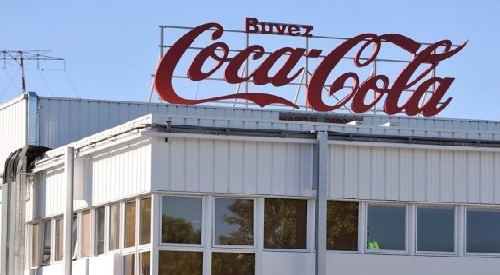 1.Pepsico: It is an American multinational food and beverage company that was established in the year 1965. It is headquartered in Newyork and offers wide range of products that include Aliva, Cheetos, Kurkure, Lay’s, Lehar Namkeen, Quaker Oats and Uncle Chipps. Indra Krishnamurthy Nooyi has been the chief executive of PepsiCo since 2006 and has been the best beverage distribution company in India.  PepsiCo is one of the leading companies in the world that offers wide range of soft drinks like Pepsi, 7UP, Nimbooz, Mirinda, Slice and Mountain Dew. Aquafina (packaged drinking water) and Tropicana fruit juice are the other popular products offered by the company. It is even ranked as the largest food and beverage business corporation by revenue. 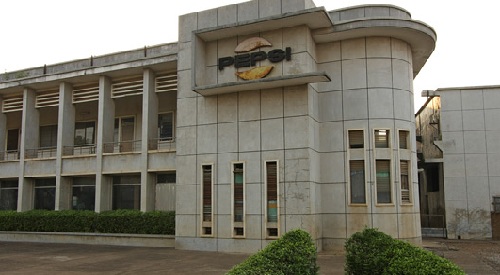